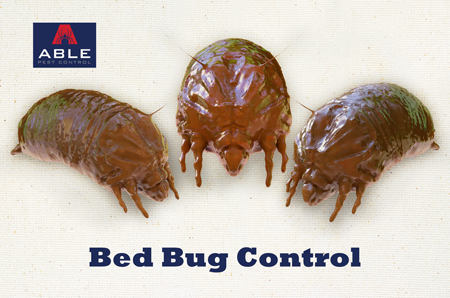 Bed bugs are parasitic insects of the cimicid family that feed exclusively on blood. Cimex lectularius, the common bed bug, is the best known as it prefers to feed on human blood; other Cimexspecies specialize in other animals, e.g., bat bugs, such as Cimex pipistrelli (Europe), Cimex pilosellus.

The name bed bug derives from the preferred habitat of Cimex lectularius: warm houses and especially near or inside beds and bedding or other sleep areas. Bed bugs are mainly active at night, but are not exclusively nocturnal. They usually feed on their hosts without being noticed.

A number of adverse health effects may result from bed bug bites, including skin rashes, psychological effects, and allergic symptoms. Bed bugs are not known to transmit any pathogens as disease vectors. Certain signs and symptoms suggest the presence of bed bugs; finding the adult insects confirms the diagnosis.

Bed bugs have been known as human parasites for thousands of years. At a point in the early 1940s, they were mostly eradicated in the developed world, but have increased in prevalence since 1995, likely due to pesticide resistance, governmental bans on effective pesticides, and international travel. Because infestation of human habitats has begun to increase, bed bug bites and related conditions have been on the rise as well.